The Sun Valley in Trentino - ITALY 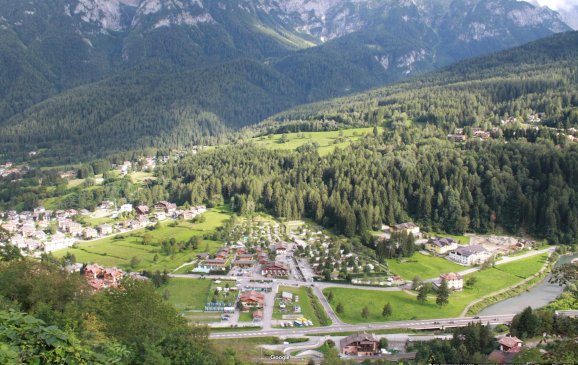 It is crossed by the course of Noce river in which several streams and minor streams that flow along the lateral valleys, the most important of which are the Val di Rabbi, Val di Peio and the smaller Val Meledrio.

More than 1 third of its territory is dedicated to a protected area: the entire northern sector of the valley is part of the historic Stelvio National Park, while the vast Adamello Brenta Natural Park extends to the south.

A holiday in Val di Sole is therefore a "full immersion" in nature. Each season has its own secret that we will be happy to discover together with you.

In spring, when the glaciers melt, life flourishes again, the meadows are filled with typical mountain flowers and the rivers swell. This is the right time to go rafting, tarzaning, downhill, hydrospeed and enjoy the adventure park on the trees.

In summer the forests are lush, with a thousand shades of green, the Brenta Dolomites reveal all the charm that led them to be recognized as a UNESCO World Heritage Site and we recommend (in addition to previous activities) via ferrata, enduro mountain bike, paragliding and canyoning.

In autumn the forest begins to become a picture of a thousand colors, the days are getting shorter and we offer (in addition to all previous activities) trekking, orienteering, a ride on the cycle path, canoeing and kayaking.

In winter meters of snow cover the valley and make everything silent and muffled. White reigns supreme and for us it is the right time for an excursion with snowshoes, ski mountaineering, freeride skiing, ice climbing and downhill skiing.

Every season here in Val di Sole speaks of outdoor and adventures. Did we intrigue you? Why don't you come and visit us? We are waiting for you!